One of Hampi’s most famous and important temples is Vitalla, with its massive stone chariot for the god Vishnu and its Great Hall, Maha-Mantapa. The hall was used for celebrations and it has musical pillars – small carved stone pillars that vibrate at different notes when struck. Our guide Hanuman claimed that they also had the quality of sounding like different instruments and that the music could be heard for kilometers when the pillars were played during a festival. Because of damage done by tourists in the past, the pillars are now cordoned off by a barrier to be seen and not heard, so there was no way to test his claims. 🙂 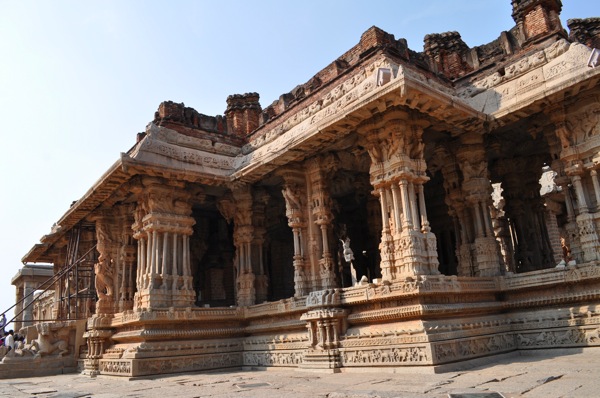 The musical pillars around the larger, weight bearing pillars

Inside a temple at the compound 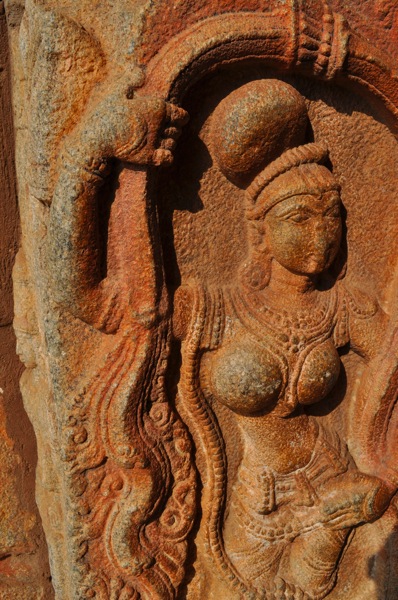 The Ramayana is one of India’s most important epics. It tells the story of the god Vishnu incarnating as a human, Rama, in order to vanquish the Earth from demons, culminating with the destruction of the demon king Ravana after he kidnapped Rama’s wife, Sita (the human incarnation of Vishnu’s goddess wife, Lakshmi). The monkey god Hanuman also features in the tale.

I read and very much enjoyed a simplified translation of the Ramayana while we were in Delhi last, so it was fun to be so close to where some of the action allegedly took place (the area around Hampi is believed to be Kishkinda, the kingdom of the monkey people where Rama enlisted the help of Hanuman and his buddies in the battle against Ravana) and to see carvings on the temples depicting the story. 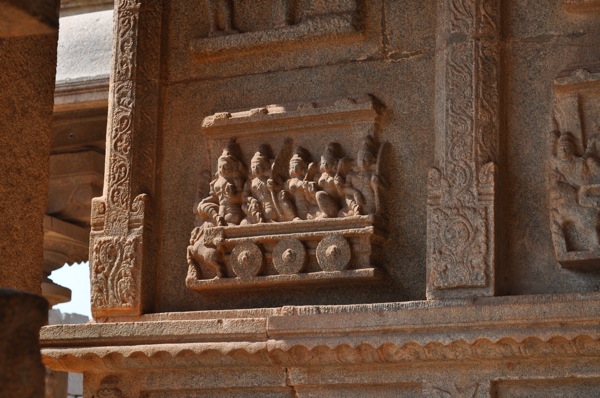 Hanuman finds Sita in the demon city. She gives him a token to take back to Rama.

This isn’t from the Ramayana, but I thought it was really sweet: the god Krishna as a baby stealing butter

Hampi is not just about religious sites. It used to be seat of the most powerful rulers of India and there are plenty of amazing royal ruins.

Inside the king’s personal underground temple 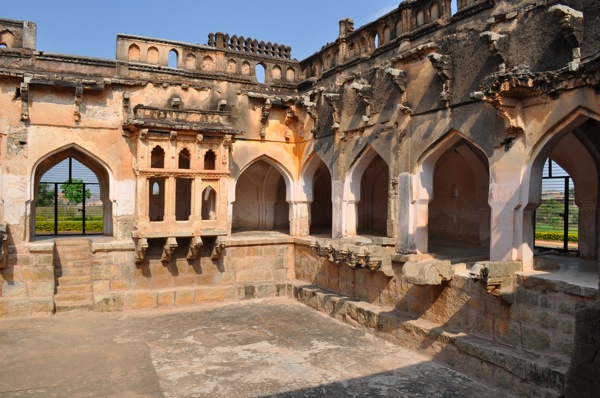 The queen’s swimming pool. Imagine the steps on the left descending into cool, clear water, with fountains cascading from the right.

The royal elephant stables. For a sense of size – there are two tourists sitting in the fourth doorway from the right.

After our guided tour ended, Roman and I did a bit of exploration on our own. It was an incredible feeling roving around the streets on our little motorcycle all on our own. At one point, we took a left turn up a steep hill. After much strain and improvisational driving by Roman, the little bike eventually made it to the top, where we were greeted by a group of parked auto rickshaws and cows outside a thick stone wall and the sound of puja music coming from within the enclosure of what we discovered was Malyavanta Raghunatha Temple.

Apparently this is the place that Rama and his brother waited out the monsoons during their search for the kidnapped Sita. I can see why Rama might choose this spot – we arrived at dusk and the views of the valley below at sunset were stunning. Really a magical visit. 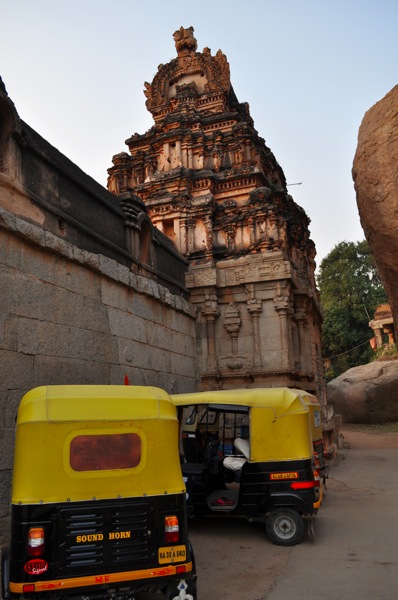 An incredible tree growing on a massive boulder outside the temple 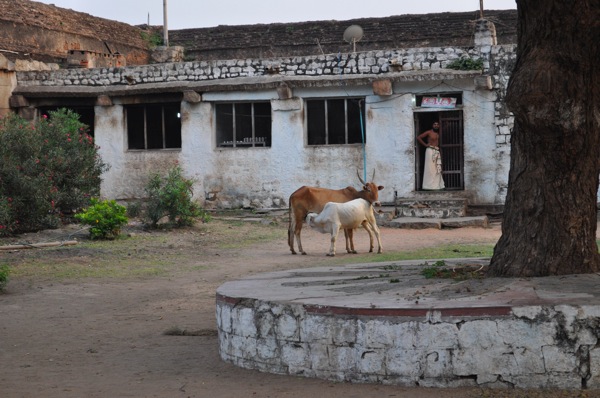 Inside the temple compound 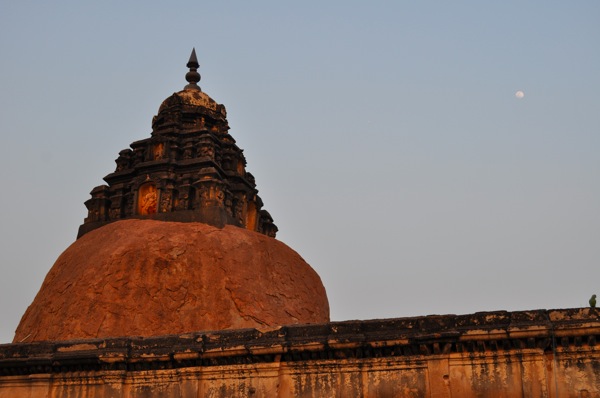 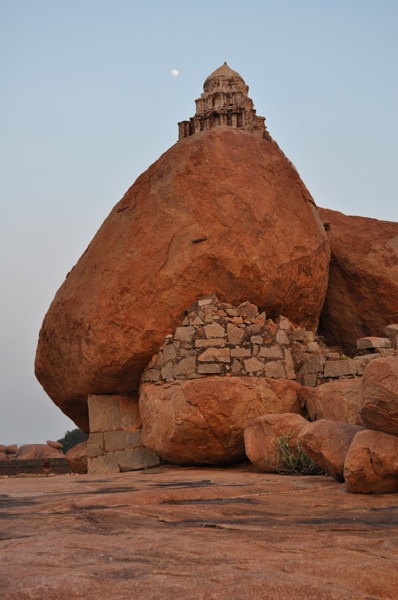 View of the valley from the temple