Fence
noun /fens/
A barrier, railing, or other upright structure, typically of wood or wire, enclosing an area of ground to mark a boundary, control access, or prevent escape.

One thing that struck me about Phnom Penh is how the majority of buildings seem to be behind fences and walls. The many discussions Roman and I had, trying to get our heads around the city’s vibe, drew my attention to examples of segregation in the city:

The way the pockets of Western-friendly neighborhoods seem to float upon the city’s surface. The distinct division between rich and poor neighborhoods that are only mere blocks but, at the same time, worlds apart. The sense of safety established behind thick walls versus the rawness and dirt on many of the city’s streets.

As I mentioned in my last post, we’ve seen this in all the cities we’ve visited but for us it has never been so striking as in Phnom Penh. And certainly I have never seen a city so divided by miles of barbed wire, fencing and thick concrete walls. Makes one think about what people are keeping in, and out…

Once I started, I couldn’t stop noticing the fences and walls everywhere we went in the city, the result being this little collection of photos… 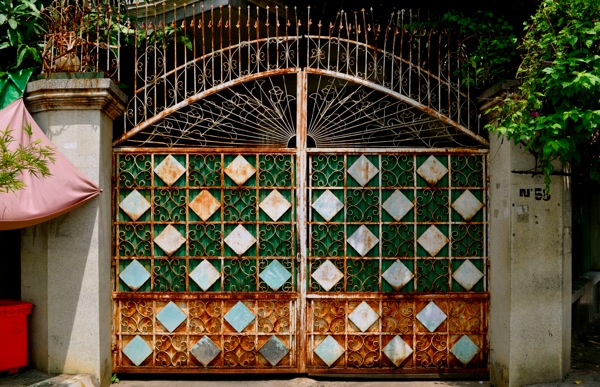 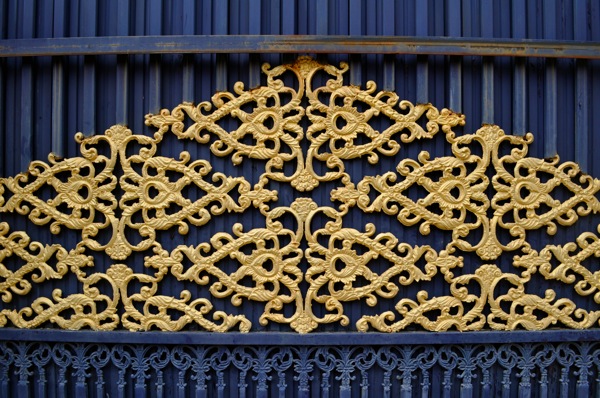 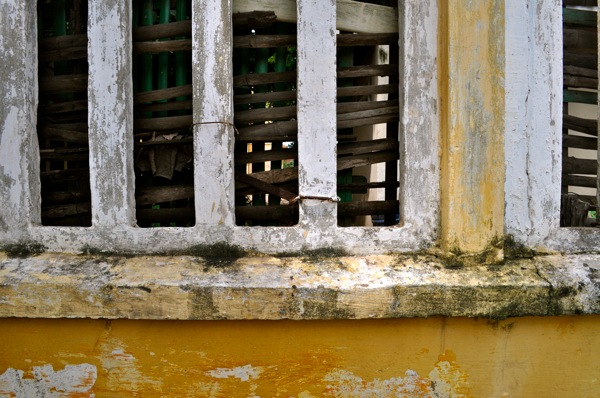 Fencing of concrete and bamboo – detail 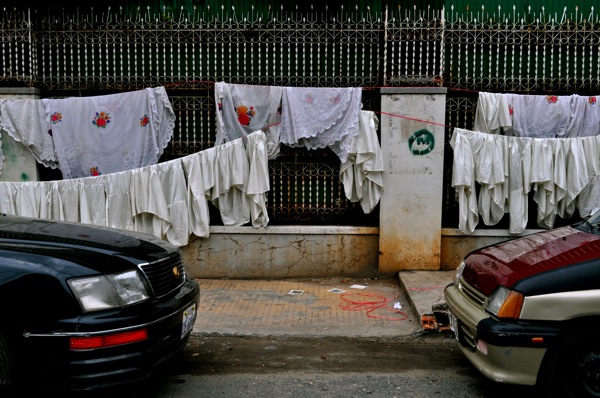 Fences being put to good use – drying laundry 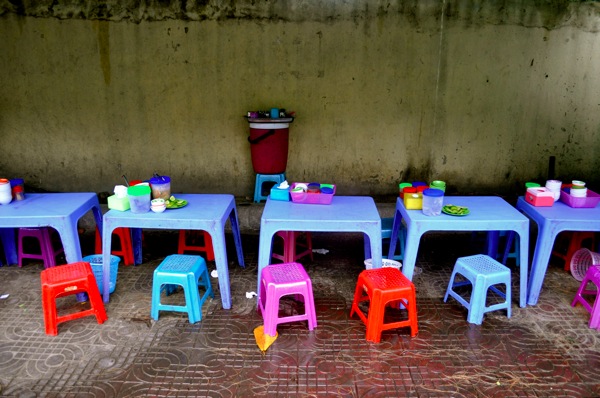 Creating a wall for an outdoor restaurant 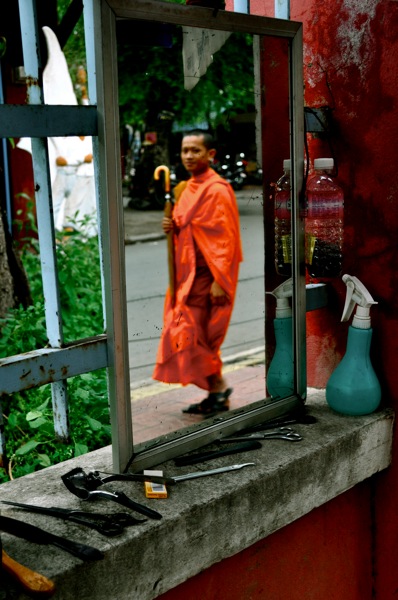 A street barber’s mirror and tools rest on a fence 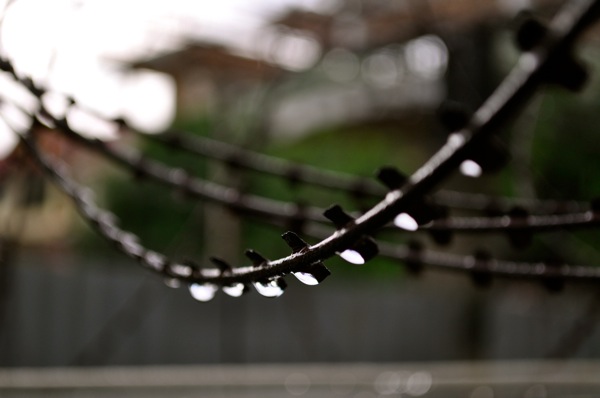 Rain drops on the barbed wire at Tuol Sleng 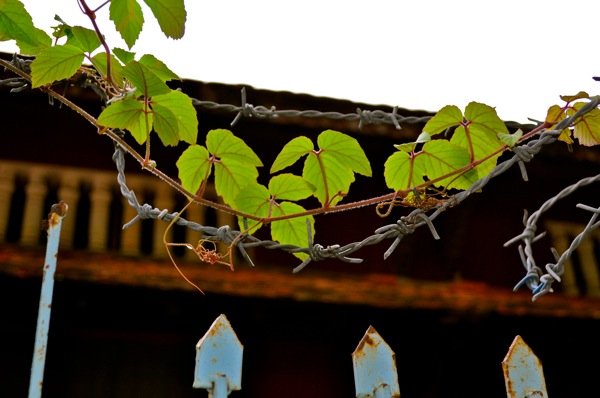 Nature takes over, fencing outside the Royal University of Fine Arts 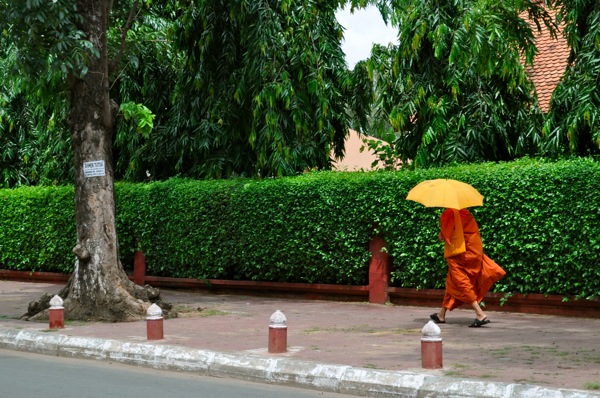 Orange against green, a monk walks along a border of thick plants 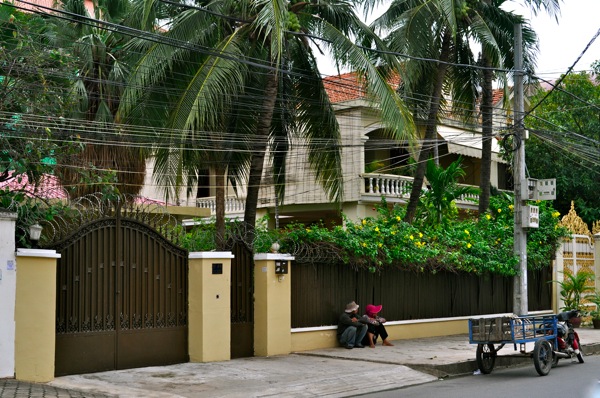 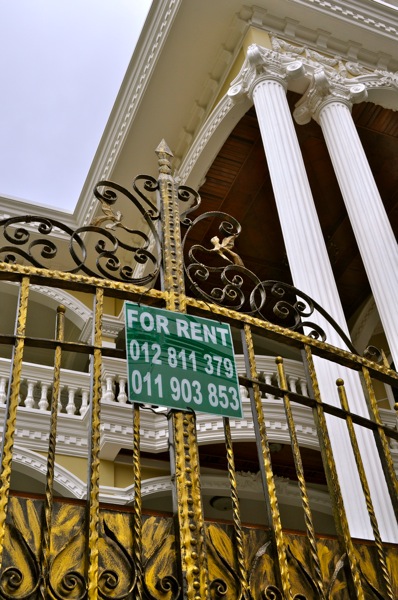 Closed gate outside an empty home 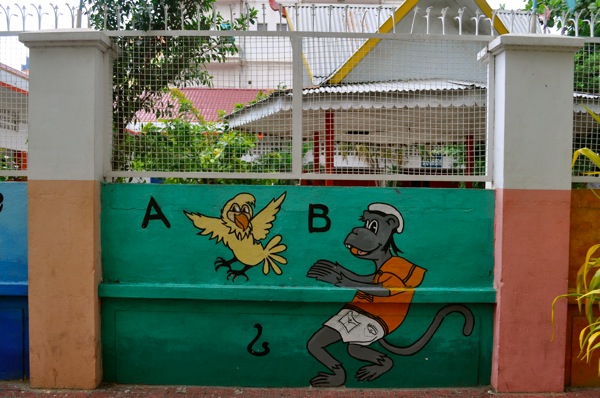 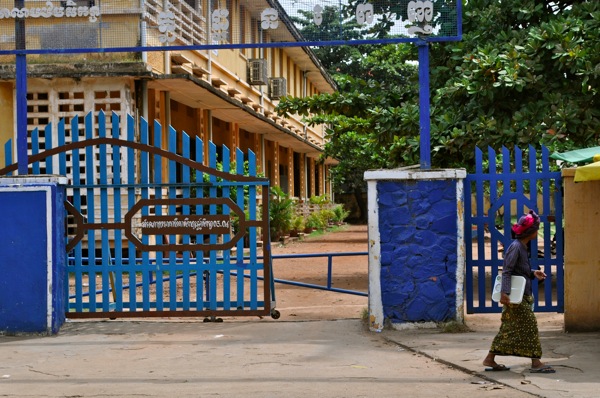 Woman walking in front of a government building. She’s carrying a scale under her arm. We’ve seen people selling the use of their scale for a small fee in other countries we’ve visited. Perhaps she’s on the way to a market to do the same? 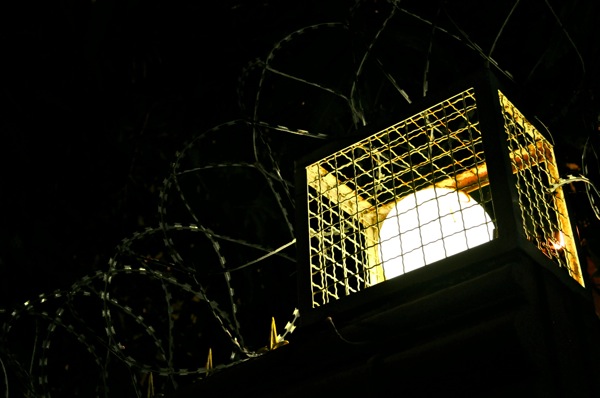 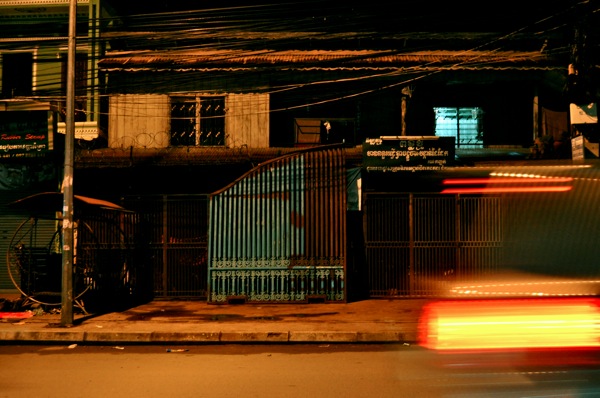 An SUV passes by half a gate at night 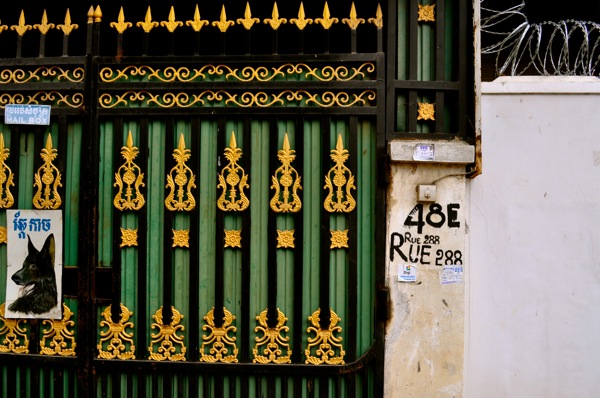 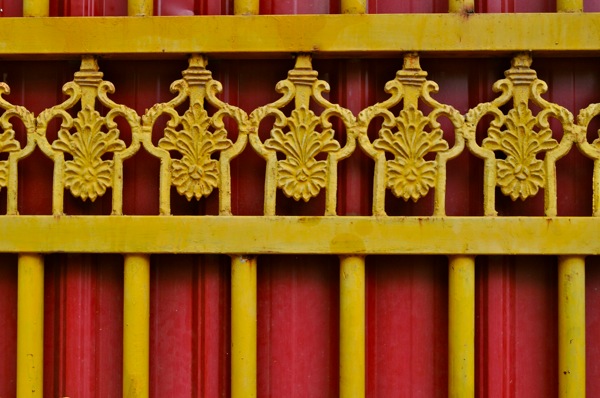 8 thoughts on “Fences of Phnom Penh”